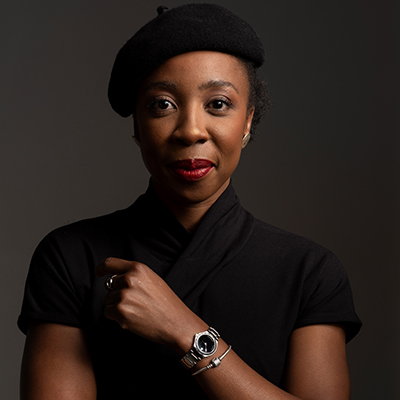 Nyari Samushonga is the CEO of WeThinkCode, a South African tech academy that operates in Joburg, Durban and Cape Town. As an Entrepreneur and Tech Executive, Nyari is passionate about seeing Africa take its place as a maker of cutting edge technology. She has accelerated the recruitment of women students to the point of parity within the academy. In her role as CEO of WeThinkCode_ she has driven effective initiatives to scale the impact of the organisation. These include doubling the recruitment capacity and launching a home grown curriculum that caters to the South African market. A Chartered Accountant by training, Nyari has previously operated as the Managing director of ThoughtWorks Africa, a subsidiary of the global software development consultancy, and a Manager in Deloitte's audit and assurance division operating in both Harare and New York. Born in Zimbabwe, she also lived and worked in the United States and Tanzania. A passionate cyclist, she is based in Johannesburg, South Africa.

Talk: Going the distance- navigating organisational growth when the journey is as important as the destination.

WeThinkCode_ is a dynamic Software Development Academy with a dual mission to train world class software developers and drive the inclusion of underrepresented groups. Leading the organisation through its growth from an EdTech startup to an established Social Enterprise has been a triumph of crystallising the core mission and building the machinery to deliver on it. We’ve gone from being able to hold context, plans and operational information in our heads to needing to build a network of human and technical systems to scale the operation. From using a lot of instinct to steer the organisation to having clearer multi-year plans. Join me as I share tips from the trenches on how to grow while keeping the orgnanisation’s soul intact.